Yesterday I celebrated being officially old balls (i.e. 30). So you know what that means: I did the same thing I do every other weekend (i.e. watching giant monster movies). This weekend’s feature: Toho’s Rebirth of Mothra Trilogy, a a kid-oriented mini-series running alongside (but disconnected from) the Heisei Godzilla series. And, as I often do after I watch a new monster movie, I sat down to find some metal thematically related to the giant monster on my screen. Today you’re going to hear a lot about Mothra.

But before we get to the band Mothra, let’s turn our antennae to the movie Mothra. 1996’s Rebirth of Mothra and its two sequels, to be precise. Four years after the giant moth monster’s first appearance in the Heisei era (1992’s Godzilla vs. Mothra), Toho took a shot at casting Mothra as a leading lady (or lad, depending on your localization) once again. The Rebirth of Mothra Trilogy is an independent canon for the colossal insect, and this freedom allowed Toho to play with the monster’s origin and powers in some interesting ways. Like the Showa series Mothra-centric films – 1961’s Mothra and 1962’s Mothra vs. Godzilla – the Rebirth series features a larva-pupa-imago life cycle for the monster, one watched over by tiny female avatars. It also borrows symbolism from Godzilla vs. Mothra, Mothra’s tie-in to the much larger Heisei Godzilla series, establishing Mothra as an ancient guardian deity for all life on earth. Where it deviates, however, is where the movies become more compelling.

All three Rebirth films feature overt environmentalist themes. Mothra’s tiny avatars (and their older sister Belvera) are the last vestiges of an ancient race – the Elias – wiped out by a climate devastating monster. That creature, Desghidorah, is a neat re-imagining of the Showa-era King Ghidorah. Rather than eradicating all life on Venus, Desghidorah annihilated Mars. Rather than standing upright on two legs, Desghidorah stampedes ahead on four, belching fire and despoiling Japan’s forests until the ecosystem enters an early winter. After the first Mothra dies in Rebirth I, a tiny larva named Mothra Leo absorbs the power of an ancient tree and emerges from its chrysalis as Rainbow Mothra. It proceeds to shred Desghidorah in a voracious swarm of tiny moths and then re-seeds Japan’s forests.

Mothra Leo faces another environmental threat in Rebirth II, this time in the form of the algae bloom spewing Dagahra. Dagahra, an ancient beast created to consume all of the pollution generated by a prior race of humans in Nirai Kanai, the film’s analog of Atlantis based on Japanese myth, is actually responsible for the city sinking into the depths. The more pollution the beast intakes, the more poisonous Barem creatures it produces. After the fall of Nirai Kinai, Dagahra slumbered beneath the depths until man’s wanton pollution of the ocean awakened it again. It’s only with the help of a powerful cleaning artifact (really a Furby with healing urine) and some children who learn the value of oceans for Earth’s future is Mothra Leo able to turn into an aquatic form that then destroys the pollution within Dagahra at its source. 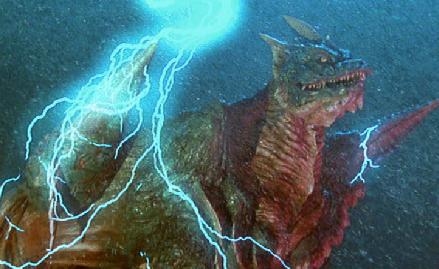 And the environmental commentary doesn’t stop there. Rebirth III featues Mothra squaring off against another Ghidorah (this time Grand King Ghidorah) when it returns to Earth to cause another mass extinction. Some poignant shots of oil bubbling up from the Earth’s surface hint at Ghidorah’s link to fossil fuels (or at least man’s dependence on them), and that connection only becomes stronger when we see Mothra traveling back in time to prevent Cretaceous King Ghidorah from wiping out all the dinosaurs. Yeah, it’s tenuous and doesn’t make a lot of sense, but the prehistoric set is fun and gives us some primal Mothra larvae that cocoon Mothra Leo, allowing him to awaken in the modern time as the very cool Armor Mothra. 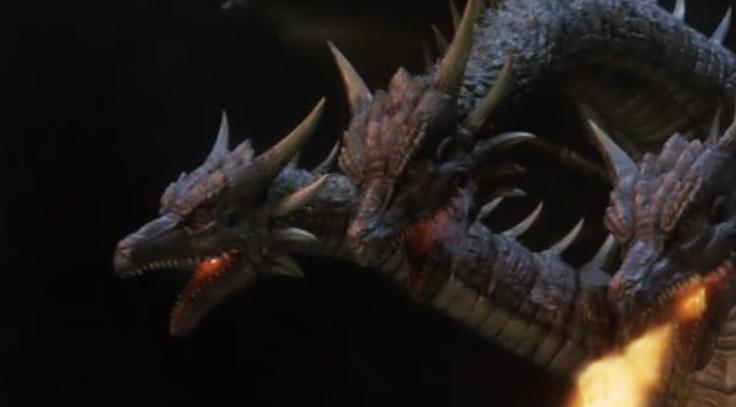 The film’s obviously have some cool stuff going for them. The monster designs are great; Dagahra is one of Toho’s coolest creations, and Mothra consistently looks impressive throughout the series. The environmental themes give the series a greater sense of purpose, and a lot of the sets are fun. That said, the Elias sisters are more annoying than interesting, and the kid-friendly nature of the films means we don’t get to see a whole lot of destruction within cities. Plus the mythology gets a bit too weedy to carry the plot in any of the films. As a standalone film series hoisting up Mothra as Toho’s leading lady, the Rebirth of Mothra Trilogy are a welcome companion to the zaniness in Godzilla’s 90s outings. Expect plenty of energy beams and nonsensical time travel elements. As films within the larger scope of kaiju canon, the trilogy however doesn’t do much to rise to the top. If you like these types of movies, give them a shot. If not, Mothra’s series is passable.

I would not, however, recommend passing up New Zealand post-metal act Mothra. I know, I know. In the year of our Moth 2018, post-metal is a dirty word. I feel it too. Aside from some of the genre heavies, like Neurosis and Isis, there’s just not much left for me to enjoy in the genre, and most new bands playing the style feel anemic and oddly sterile for a style so reliant on emotional weight. Ultimately, most bands that play this type of instrumental NeurIsis worship just don’t have the songwriting skills to make their long, technically competent songs interesting.

Thankfully, songwriting skill is something Mothra possess in spades. Every track on Decision Process is a discrete unit unto itself. Each takes the listener to new places and shows them new sights and sounds. Take “Elements of Sleep,” for example. After some surprisingly meaty riffs, the track drops out into a quiet place of meditation where the guitars are given free rein to dabble with stirring chords and contemplative feedback. This lull in the riffs only makes their return all the more powerful. It’s this exact trick that Isis built their name on, and it’s pretty great to hear a newer band channel the emotional catharsis so well. It certainly doesn’t hurt that the band can write riffs too.

Ultimately Decision Process is an exercise in both contemplative atmosphere and guitar weight. It’s a delicate balance, but they pull it off with aplomb, both in the micro-scale of each track and in the macro-scale of the whole record. Solemn moments like “Solstice” give way to towering riffs on “Escapism,” and we’re always kept wondering where the next fork in the album’s road may lead.

If you’re burnt out on post-metal, give Mothra a try. The band lives up to the kaiju deity moniker. There’s power, yes, but there’s also grace and versatility. And beauty. So much beauty.

Did you watch any films this weekend? Find any rad new bands? Sound off in the comments below.

Riff Of The Week: Piano Edition