The news has been gathered! The passive voice has been used! After a long vacation where I didn’t pay attention to any news over the past week, I am not willing to take ownership for anything I missed or redundancies this week.

Between the Buried and me and the Devin Townsend Project are co-headlining a tour, also featuring Fallujah. Devin’s new album, Transcendence, will be out September 2nd. Small dates on the poster are the bane of my existence, so check them out here if you are interested. 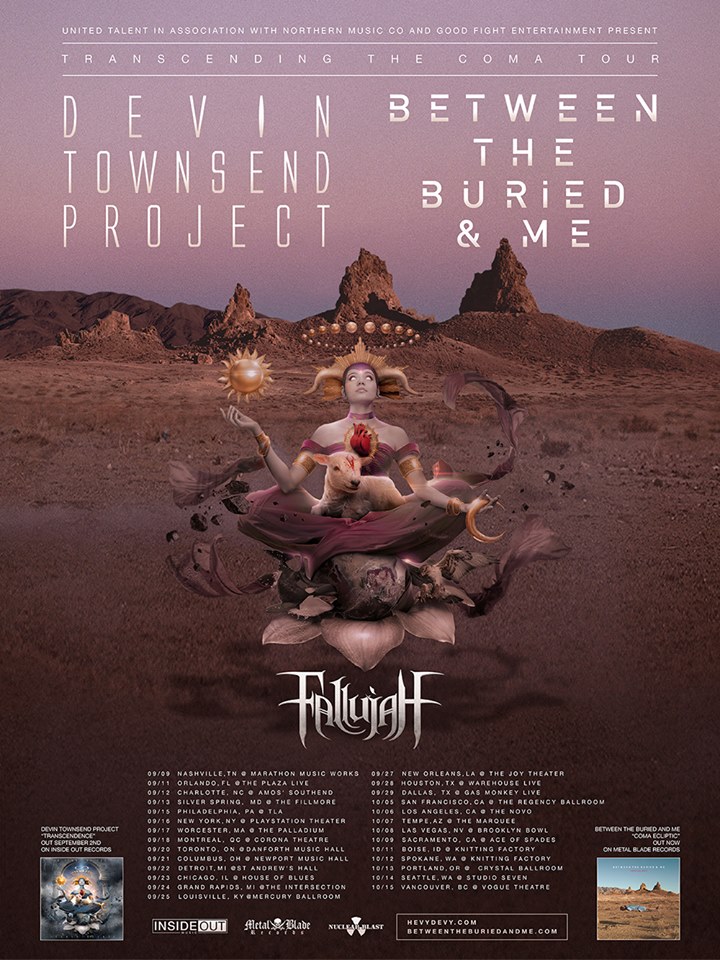 Gorjira released a new one on Friday.

Insomnium will release a concept album called Winter’s Gates. It’ll be one 40-minute long song based on an award winning novel by Niilo Sevänen. It’ll be mixed by Dan Swanö and will drop September 23rd along with a book featuring the full story. According to our boy Karhu, “The story is about vikings who set out to find a fabled island near Ireland despite winter drawing near or some shit.”

Nick Menza, former drummer of Megadeth, has sadly passed away at the age of 51. Nick played on some stone cold classic Megadeth records including Rust in Peace, Countdown to Extinction, and Youthanasia. He will be missed. Here is a statement from his former bandmate Dave Mustane:

Dragged into Sunlight is touring with Primitive Man following up Maryland Death Fest. Some shows will also feature Cult Leader, Churchburn, and MAKE. The announcement is on a youtube video for some reason, but the dates are here: