We metalheads are a peculiar breed. As much as we love maligning Buzzfeed and other basic things that normies enjoy, we sure do love our totally objective lists ranking different aspects of our cherished genre. We flock to lists like soccer moms to one-day Target sales, and if we disagree with a list, no level of base reprisal is beneath us. Poser accusations, IRL trolling, and death threats are just par for the course when it comes to dealing with someone else’s taste. However, in the spirit of uniting us all under the banner of metal, I think I’ve concocted one list on which we can all agree. This is the best and most perfect list, and you’re probably some lame Dave Matthews Band fan if your list doesn’t align with mine. Behold, the definitive ranking of the ten greatest heavy metal mascots.

10. The Table – Sure, most tables are made of wood. However, after James Hetfield, crooner for garage band Metallica, declared, “I am the table!”, President Barack Obama signed an Executive Order that all tables must henceforth be made of metal. Just like that, tables became the most ubiquitous mascot for our beloved franchise, reminding metalheads all over the world that we are all united in our need for raised flat surfaces.

9. Vic Rattlehead – Rattlehead is the ossified mascot of Megadeth. He’s changed his look a few times over the years for different periods of ‘Deth’s career, but he has always embodied the old adage of “see no evil, hear no evil, speak no evil”, which is kind of weird because I’m certain he’s heard Risk and Super Collider. Vic would be higher on this list if he had a better gig.

8. Chaly – Chaly is a horned skull with wings. He can do super cool stuff like firing lasers from his eyes and electrocuting stuff with his wings. He’s typically found in New Jersey hanging out with Overkill, but fans have more recently spotted him on the back of lifted trucks just above the chrome truck nutz.

7. Hector – Hector is a level 70 elite paladin who has been battling alongside Hammerfall for much of the band’s storied career. He is the wielder of the sacred hammer that guides the templars to fight for love, justice, and friendship. But test not his patience, for he will surely smite the untrue with the fury of a thousand thunderclouds. 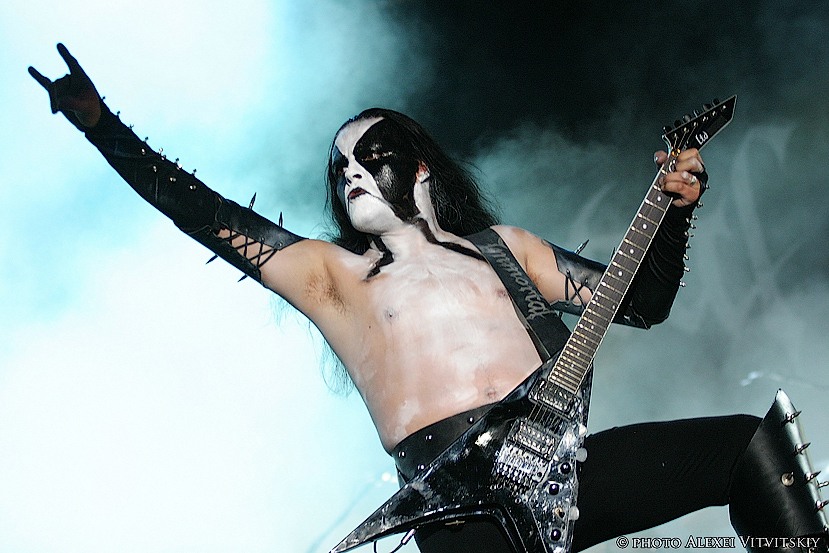 6. Abbath Doom Occulta – Fenriz is pretty cool, I guess, but whenever I think second-wave black metal (the only true genre of music), the only logical choice for mascot is Abbath. His guitar and drum skills are surpassed only by his ability to look fabulous in corpse paint. You know him, and you love all of his work.

5. Eddie the Head – Eddie the ‘Ed, as his dear mum calls him, is this super cool zombie guy who has been touring with Iron Maiden since before even Bruce Dickinson joined the group. WOW! He’s also a shape-shifter and therefore probably a lizard zombie-person, having appeared throughout time as a cyborg, pharaoh, and alien monster. You just never know where Eddie is going to pop up next!

4. Set Abominae – Set Abominae is basically the American version of Eddie the Head. Like his old-world counterpart, he can travel through time, shape-shift, and is generally believed to be immortal. He’s also part of a race called the Setians that predated humans here on Earth. Despite basically being a scary Antichrist, he’s also humble enough to hang out with a bunch of dragon-banging nerds. How thoughtful!

2. Snaggletooth B. Motorhead – Snaggletooth is the plucky mascot that has led Motorhead to rockstar glory for nearly four decades. That’s some staying power! The key to Snaggletooth’s awesomeness is that he’s like a war pig dinosaur who gets drunk on bourbon and comes home soused and violent and you hide in your room cuz you’re scared he’s gonna get the belt and oh god he’s yelling about the dishes again i’m sorry i’m sorry i’m sorry…

The number one heavy metal mascot in the entire world is coming up next.

You’re not even wearing pants.

Then you can see Number 1.

Oh lord, why did you choose those pants?

Who do you think you are, Dr. Rockzo?

Man, I can totally see the outline of your junk.

Ugh, fine. I guess you held up your end of the deal.

You know what, why don’t you take a seat first.

No, not there. On the sofa.

I want you to be comfortable.

Okay, let’s do this.

1. Dave Grohl – There is no greater icon, no more inspiring tale, no more powerful deity in all of heavy metal history than Dave Grohl. Dave Grohl taught the Acclaimed Metal Vocalist George Clarke of Deafheaven the secret to becoming the Most Powerful Wizard. Dave Grohl taught Abbath how to play guitar and drums. Snaggletooth and Eddie were literally created after Dave Grohl pulled them out of the Queen’s dreams with his own beautiful hands. Dave Grohl built the first table and sent Kurt Cobain to heaven prematurely because he had accomplished all that could be done with the guitar. Dave Grohl is the only champion fighting for true rock today. He is the voice of this generation and every other. The only reason they don’t give him a Grammy for “Best Metal Performance” every single year is because he, in his generosity and humility, has asked that other contestants be acknowledged every now and then. Dave Grohl is the end all, be all of metal. The alpha and the omega of brutality. Hail him.