The rad lads in Obliteration won a Spellemann award (Norwegian Grammy) for best metal album of 2018 for. Meaning their album Cenotaph Obscure joins Execration‘s Morbid Dimensions as being recognised as extremely fucking awesome. 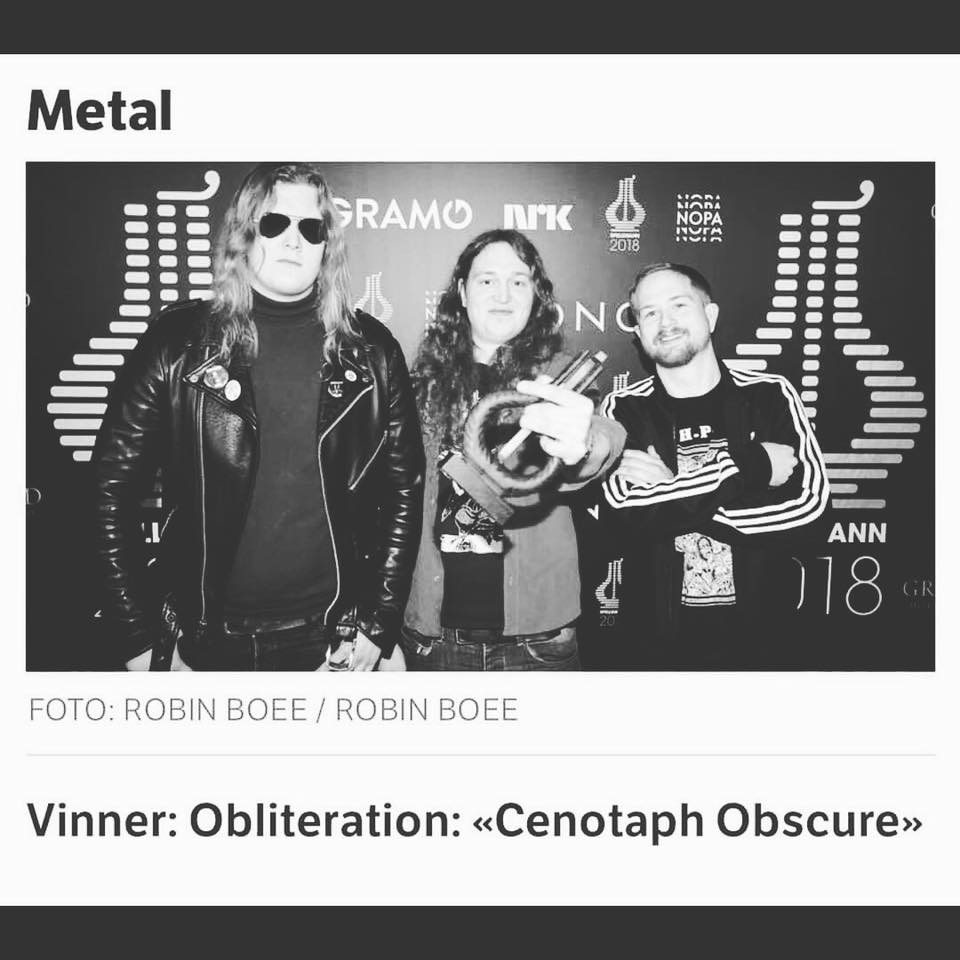 Also, Kevin ‘The Huff’ Hufnagel posted a little in-studio video of him laying down some shit for the upcoming Dysrhythmia album. Yeah, it’s only a solo or whatever but I’m hyped as hell for this, so lick my scales or whatever, scumbag.