2016 was a screaming enema of a year. Let’s finish it off with one final dump.

This has been a pretty terrible year on many fronts. Some are hopeful that 2017 is going to be better. Oh, how I wish I could be that naive. It’s only going to get worse. Invest in tents now, everyone! Before you run out to the sporting goods store to stock up your Doomsday bunker with dehydrated stew, tons of ammo for your many, many, many guns, and a big bucket to use as a toilet, let’s cleanse ourselves of this year by looking at some of the worst art for metal albums released in 2016.

You have to roll a 10 or higher in order to listen to this album. Death to the goblins!

I don’t know what’s happening, but there’s something very wrong with naming your album “Candyland” and having a child on the cover. Oh, and a sexy vampire lady with incredible high heel boots. This looks like a scene from a movie put out by The Asylum. Other than the Parental Advisory sticker, nothing about this makes sense. NOTHING.

I want to his this album with a rolled-up newspaper. The name, the font on the album title, the bad photoshop. All of it needs a bop on the nose.

Naked Albino Lesbian Vampires From Hell is totally going to win an AVN award this year.

Someone saw “Back To The Future” and “Cool World” as a child and they never recovered.

IBS can strike at any time. Even in your computerized, poor perspective album art. Also, you’ve got a skull on your shoe. Might want to wipe it off. It’s kind of embarassing.

This is some serious LiveJournal stuff. Someone should use this as their AIM away message.

Tetris can strike at any time.

Throw this album art on a body pillow, sell it to funny-smelling weirdos on the internet, and live like a king.

The band can always replace their name on the album with Blind Melon’s and sell it to suburban hippis.

Come on. Come the fuck on. Don’t sit there and tell me that Jamie Kennedy is still getting work.

How did the conversation for this album art go?

“No, I want BIGGER alien titties! Bigger hips too! More arms! Just like the one that haunts me every time I close my eyes!”

Van Halen is going off in a strange, new direction

This gave me the heebie jeebies, the dry heaves, and the douche chills. 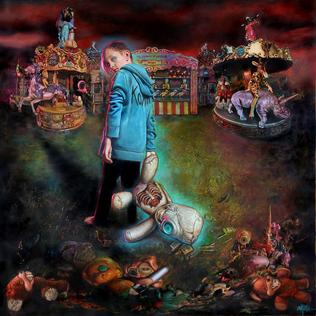 PREMIERE: Vanha‘s Within the Mist of Sorrow