The Sleer, the (Formerly) Best Unsigned Band in Colorado, Untether the Midnight Sister

In old Slavic lore, the Midnight Sister Polunochnaya is one of three old gods who guards the doomsday hound Simargl. Should Simargl’s leash, which yolks the gluttonous beast to the North Star, ever be severed, the hound will surely devour the earth and bring about the end of all time. Wait, what’s that? Do you hear that baying? It seems The Sleer, the group Toilet ov Hell proudly crowned the best band in Colorado, has rent the sidereal tether, spelling doom for us all with their brand new release.

Much has happened with the bringers of doom since we last checked in with them almost three years ago. Guitarist/vocalist/songwriter/heart of The Sleer, Robby Marshall, relocated from Colorado to Portland Oregon, recruiting a completely new lineup in the process. This reinvigorated lineup, now including bassist Jeff Holter and drummer Jeff Goetz, has breathed new life into the short album that won our hearts and votes three years ago. That new album, Midnight Sister, features re-recorded versions of all four tracks that composed The Sleer, as well as a slew of fresh, Neil Gaiman-inspired cuts that flesh out the tale of Zorya Polunochnaya and her doom-keeping sisters. 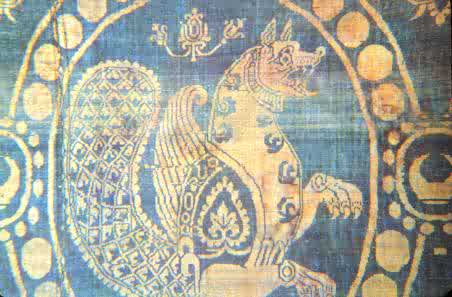 The doomhound of Polaris (VIA)

And keep the doom this album does. Across the nine tracks, The Sleer churn out riff after star-devouring riff, each delivered with passion and poise. When I first praised The Sleer, I noted the band’s prowess at melding landslide riffs with intriguing songcraft, and Marshall’s skill at deftly balancing eldritch horror with emotional heft has only improved since he ascended his throne. Most impressive, however, is the range of emotion and human experience on display across Midnight Sister. While cuts like “We Are the Sleer” deliver a brooding sense of terror and tension, Marshall is unafraid to drink deep from the wells of Elysian grace that grant the star gods their luminescence. Opener “Midnight Sister” is both heavy and heartfelt, and “Out of the Earth” sounds as heroic and triumphant as man’s eternal will to survive in the face of impending Armageddon.

Midnight Sister is the rare type of metal album that evokes multiple influences and follows historic cairns along its upward trajectory without succumbing to pastiche or parody. Throughout the album, you may hear hints of Black Sabbath or Asphyx, but you’re just as likely to encounter unexpected nods to classic game soundtracks (I swear the intro to “Bluster” sounds eerily similar to the item room song from Super Metroid) andNWOBHM melodic leads alike. Midnight Sister is a deeply reverent album, one that transcends genre expectations like Bereft’s Lands to weave a captivating tale of the apocalypse you’ll want to explore again and again.

Midnight Sister is out now, and you can pick it up for just five bucks on Bandcamp. Say hi to the best unsigned band in Colorado in Oregon over at Facebook after you stare into Simargl’s gaping maw.

Quiz: IS THIS AN AGING PROG ROCKER ...