In this collection of listy lists, Old Man Doom, 365 Days of Horror, and Detective McNulty list their lists of favorite albums of 2K15. Dive on in, because these lists are a hoot!

A poignant blend of melodic black metal and folk elements that hits hard right in the feels.  It is an incredibly dynamic listen, despite its single track 26 minute run-time.

An excellent side project debut from members of Revocation and Goes Cube.  Publicist UK takes the moroseness of post-punk and injects a metallic, socially conscious vitriol and energy into the formula.

6. Ahab – The Boats of the Glen Carrig | Napalm Records

The masters of “Nautik Funeral Doom” have produced another great slab of their ever-evolving brand of progressively-minded doom.  Tune it slow, play it slow, and read nautical literature.

The highly anticipated follow-up to Beastmilk‘s nearly flawless debut.  Dreamcrash, while delving into a new and somewhat restrained sound, definitely stands up to its predecessor as a solid album full of infectiously catchy and memorable post-punk tunes.

Matt Pike is extreme metal’s resident warlord, and as such, Luminiferous crushes all posers who dare challenge it.  Long live the king.

Listen to — “The Sunless Years”

This album takes the weirdness of Valley of Smoke and the catchiness of Habitual Levitations and sends it into nuclear overdrive.  Great songwriting, incredible production, exceptionally cool artwork — this is Intronaut at their finest.

Listen to — “The Direction of Last Things”

A nearly flawless album that combines elements of death metal, groove, sludge, twang, and prog into a masterful concoction of mountain metal.  This is bang-your-head-against-the-concrete-and-feel-good-about-it music.  See my five toilet review if you don’t believe me.

Listen to — “The Burning Sky”

This album is everything I could have wanted and more out of a followup to Monolith of Inhumanity.  From the moment I heard the monstrous, nasally chorus of “Manufactured Extinct,” I knew without a doubt that The Anthropocene Extinction would reign supreme on my list.  Every track is violent, savage, and, at times, a bit weird, which makes for a very rewarding listening experience — one that I found myself experiencing again and again throughout the past few months and for months to come.  It also helps that Travis Ryan is absolutely inhuman in the best way possible and puts on the best vocal performance of his career on this record.

Listen to — “The Prophets of Loss”

10. Ahab – The Boats of the Glen Carrig | Napalm Records 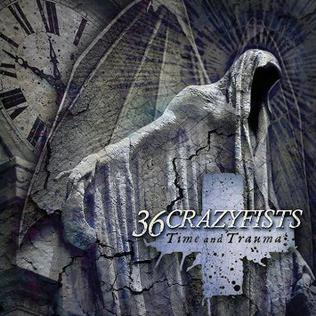 Yup, the girl who sang “Call Me Maybe” many years ago created the best pop album of 2015. Dance-able beats, catchy hooks, and a few obligatory cheesy ballads. This one’s a winner; don’t dismiss it because the radio overplays a few songs. It begins with “Come Away With Me” and stays strong throughout the running time.

I reviewed this album recently, and it is a straight-up ripper, no filler included. It satisfies the death/thrash-sized hole in my heart that older Revocation used to fill. “The Coming Swarm” and “The Fall” are the best songs Megadeth never wrote.

Electric Six remains my favorite band of all, and though this record isn’t their best work, it’s still a solid entry to their lengthy discography. About half of the 12 songs are spectacular, and the others forgettable, but that’s not unheard-of from the band. This album will forever be in my rotation, because of who it is alone.  “Two Dollar Two” is a hard rocker that would be included on a greatest hits compilation if the band ever releases one.

Here is the standard, face-stomping death metal album of the year, no frills attached. Bone-grinding riffs laced with melodic solos, and the necessary song-writing chops to construct 5+ minute songs. Aborted without the breakdowns, if you will.

Retro 80’s style synthwave with vocals. Since hearing the soundtrack to Drive, I’ve been hooked on this stuff. Gunship does it extremely well without sounding contrived, and (coincidentally) the song “Tech Noir” could be considered a spiritual successor to the Cars hit “Drive”. FFO: Kavinsky and Hotline Miami.

This supergroup of relatively unknown musicians proved that they were more than just a one-shot idea. Deeper Than Sky expands upon many of the ideas presented in their debut album but keeps their signature sound, which comes off as a hybrid of Motorhead and Voivod. It’s intense, hard rocking, sometimes a little punky (the three minute “3 A.M.”) and sometimes a little progressive (the 12-minute “Deeper Than Sky”).

4.  Sarpanitum – Blessed Be My Brothers | Willowtip

Their Fidelium EP had me stoked for a long time, and the pay-off was totally worth it. In a move that sounds like a novelty, one of the heaviest death metal albums of the year also contained some of the most uplifting, melodic leads I’d ever heard. (Hessian Hunter said all the things about this album that I could not.) 10 tracks of excellence, an experiment that not only paid off but still sounds great. No single song stands above the rest; even the two atmospheric tracks are perfect.

I understand that this was composed as a humorous piece – and the task was accomplished with gusto – but it’s also incredibly well-written with memorable hooks. At any point in the day if someone mentions a TV show from the album, its Hot Dad theme song will pop up in my mind, and I’ll have a huge smile. This album is an achievement, albeit one experienced by only a small handful of deranged listeners. There’s no point in linking individual tracks, head over here and listen to it all.

Christian Molenaar loved this album; I did too. Four tracks totaling 56 minutes, and I couldn’t have asked for it any other way. Each song takes the listener on a journey which is just the perfect length, intros and outros included. The overall pace is slow and somber, but there are fast movements contained within. Thier is a melodic black metal album that evokes all kinds of feels, even ones I didn’t know I possessed! Oh, and guitar solos.

This was unlike anything I heard prior, the perfect mixture of the brutal and the beautiful (Fine Sexy Ladies reviewed it here.) The first two tracks on here, “I am the Alpha and the Omega” and “The Cornucopian” are easily located in the top 10 metal songs I’ve ever heard. A few songs may not be a 10/10, but the ones that are make this an incredible listen for me. Seriously, go listen to “The Cornucopian” if you haven’t already: an ominous two-minute intro leads into a swarm of madness with a gorgeous riff making an occasional appearance.