Unless you live in a cave or have a spotty Venezuelan internet connection, you’ve probably heard about Phil Anselmo doing the “Seig Heil” and screaming “White power!” at the end of the Dimebash concert. Just in case you haven’t, take a look here.

After making an incredibly weak excuse for his actions and saying that those upset need to “thicken up your skin”, many musicians/bands took to social media to express their disappointment and disgust. Below is a collection of those reactions:

Keith Buckley, vocalist for Every Time I Die:

Jesse Leach, vocalist for Killswitch Engage and Times of Grace, responded with a somewhat appropriate, but totally convenient plug for KSE’s new video: 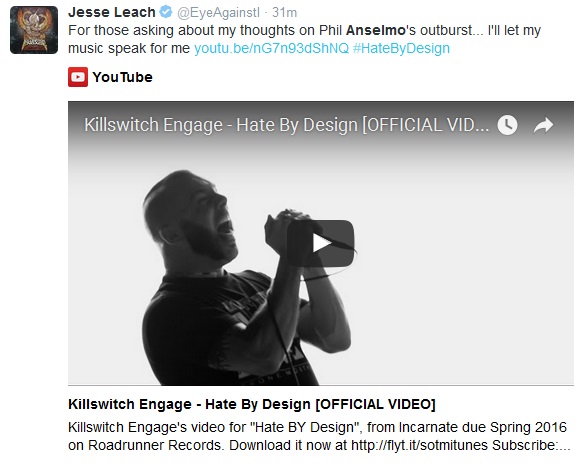 Tommy Vext, vocalist for Westfield Massacre, ex-vocalist for Divine Heresy responded with an incredible story about saving Phil Anselmo from a beating with the help of Disturbed‘s David Draiman:

Profound Lore Records with the A+ joke that received a big ol’ <3 from Stephen O’Malley from SUNNO))):

Many metal magazines and blogs had some great editorials, but this tweet from Metal Hammer kept things simple and to the point: 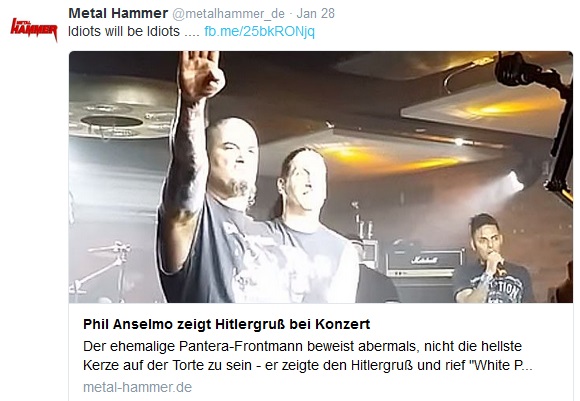 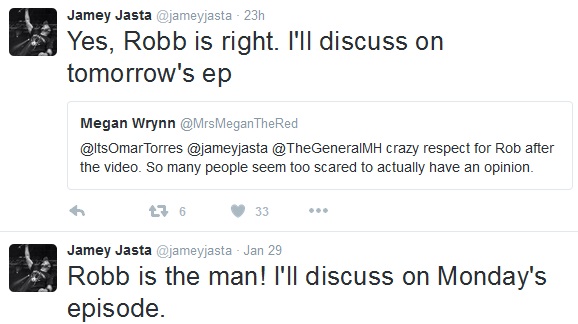 Noticeably quiet after all this has been Dave Grohl of the Foo Fighters who appeared at Dimebash. I know we like to have some (okay, a lot) of fun goofing on Grohl, but his silence is very interesting. Is it just a PR move to avoid having his name associated with Anselmo’s actions? Grohl isn’t the only musician who performed at the event to stay silent as of this writing, but then again, his name and brand is far larger. I guess we will just have to wait and see if Grohl will roll coal on Anselmo.

A Month Without Metal